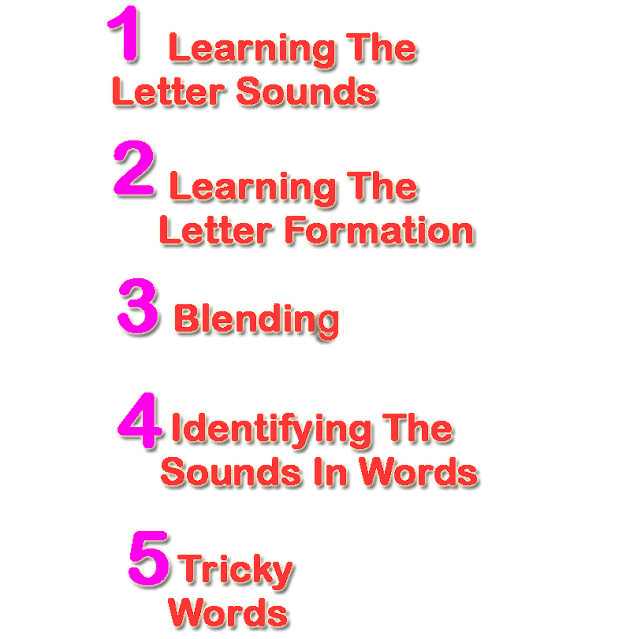 What is Jolly Phonics?

Jolly Phonics is a fun and kid focused approach to teaching literacy through synthetic phonics. With actions for each of the Forty Two  letter sounds, the multi-sensory method is very motivating for children and teachers, who can see their kids achieve. The letter sounds are split into 7 teams. At this point the kids can attempt to read books for themselves.

Jolly Phonics uses characters like Bee, Snake and Inky-Black Mouse to give kids with a fun manner of learning. It starts with the Forty Two completely different letter sounds. Those sounds are taught in a specific order that allows children to start making words out of them almost immediately.
There are five key element that are hard in jolly phonics. After learning the letter sounds, kid are taught how to form the letters. Then they are taught how to blend them into words. They are then taught how to identify those sounds in words, allowing them to spell a word by hearing it. The last “skill” takes care of one of the biggest problems in teaching English: tricky words.
Jolly Phonics is a multi-sensory method. There is a sight, a sound and an action for every letter sound. This means that whether your kid is a visual, audio or kinesthetic learner, their needs are met. Most of all, Jolly Phonics is fun. It uses games, songs, worksheets and poems to help kid learn and remember the Forty Two sounds. Kid have most fun that they actually look forward to learning.

These are 2 of the 5 skills that student need to master jolly phonics:

Students are taught Forty Two letter sounds, which is a mix of alphabet sounds (1 sound – 1 letter) and digraphs (1 sound – 2 letters) such as sh, th, ai and ue.  Using a multi-sensory approach each letter sound is introduced with fun actions, stories and songs.

students should learn each letter by its sound, not its name. For instance, the letter a should be called a (as in ant) not ai (as in aim). Similarly, the letter n should be nn (as in net), not en. This will help in blending. The names of each letter can follow later.

Is very important that a student holds their pen in the correct way.The pen should be held in the “tripod” grip between the thumb and the first 2 fingers. The grip is the same for both right and left-handed student. If a student´s hold starts incorrectly, it is very difficult to correct later on.

This is taught alongside the introduction of each letter sound. Typically, student will learn how to form and write the letters letter down during the course of the lesson.The Jolly Phonics material uses the Sassoon Infant typeface with joining tails. This makes it easier for the student to transfer to joined-up (cursive) writing when the time comes.

As well as learning the sounds, the children need to be taught how to blend them together to hear a word. This teaching starts on the first day. The aim is to enable the children to hear the word when the teacher says the sounds, e.g., “Listen carefully, what word am I saying … ‘d-o-g’?” A few students will hear ‘dog’. Try a few more words, e.g., ‘s-u-n’, ‘b-oy’, ‘m-ou-se’.

At first, one way of spelling each vowel sound is taught, e.g., ‘ai’ as in ‘rain’. The student should have practice blending these spellings in words before the alternatives are introduced, e.g., ‘ay’ as in ‘play’ and ‘a-e’ as in ‘lane’.

Once the student have worked their way through the Word Boxes, and learned some irregular common keywords, they should be given storybooks to read for themselves.

Explain to parents that their kid may not bring home a storybook until they have mastered the skill of blending. Parents should then encourage their kid to talk about what they have read.

4-Identifying the sound in Words

When students start reading words, they also need to start identifying the phonic components that make the word sound the way it does. By teaching blending and segmenting at the same time children become familiar with assembling and breaking down the sounds within words.Listening for the sounds in words gives student the best start for improving spelling.

It is essential that student can hear the individual sounds in words, especially for writing. Initially, the student are asked to listen carefully and say if they can hear a given sound in words. Start with words that have three sounds in them, for example, “Is there a ‘s’ in ‘sun’ … ‘mouse’ … ‘dog’?”; “If there is a ‘s’ where does it come – the beginning, middle or end?”. Then the students are encouraged to say the sounds they hear. Practice by saying a word like ‘hat’. The student should respond by saying ‘h-a-t’. As they say each sound they hold up a finger … ‘h-a-t’ three fingers, three sounds; ‘sh-i-p’ three fingers, three sounds, etc. Progress to more complicated words such as those with initial and final consonant blends.

Tricky words have irregular spellings and students learn these separately.After their first month at school, when the majority of the students know about Eighteen letter sounds and have been blending regular letter as a group activity, they can begin to learn the tricky words. Tricky words are words that cannot always be worked out by blending. These can be introduced gradually using the Jolly Phonics Tricky Word Cards. Look at what is ‘tricky’ in each word, e.g., ‘was’ has an /o/ sound in the middle instead of an /a/ sound. Try and teach 2–3 a week, continually revising for reading and spelling.